Anyone who’s involved with the club knows that when it comes to our social events, we host a very lively calendar of outings, from play readings, meals out, or trips to the theatre. Since a large percentage of members’ interaction takes place within the setting of rehearsals or meetings, our social outings are spaces where we can relax and enjoy each other’s company away from the responsibilities of working on productions and planning the future of the club. Most of our events are open to non-members, so it’s also an opportunity for new people to introduce themselves and register interest.

Our most recent social event was an afternoon at the Cambridge Arts Theatre to see Stepping Out – giving this winter season something of a Richard Harris theme, as he is not only the playwright behind Stepping Out, but also the writer of the soon-to-be-performed Outside Edge. Those of us that were already familiar with the former arrived at the theatre expecting an immensely enjoyable play, and we weren’t disappointed. It was an excellent show, full of warmth, humour and – given the story – music. 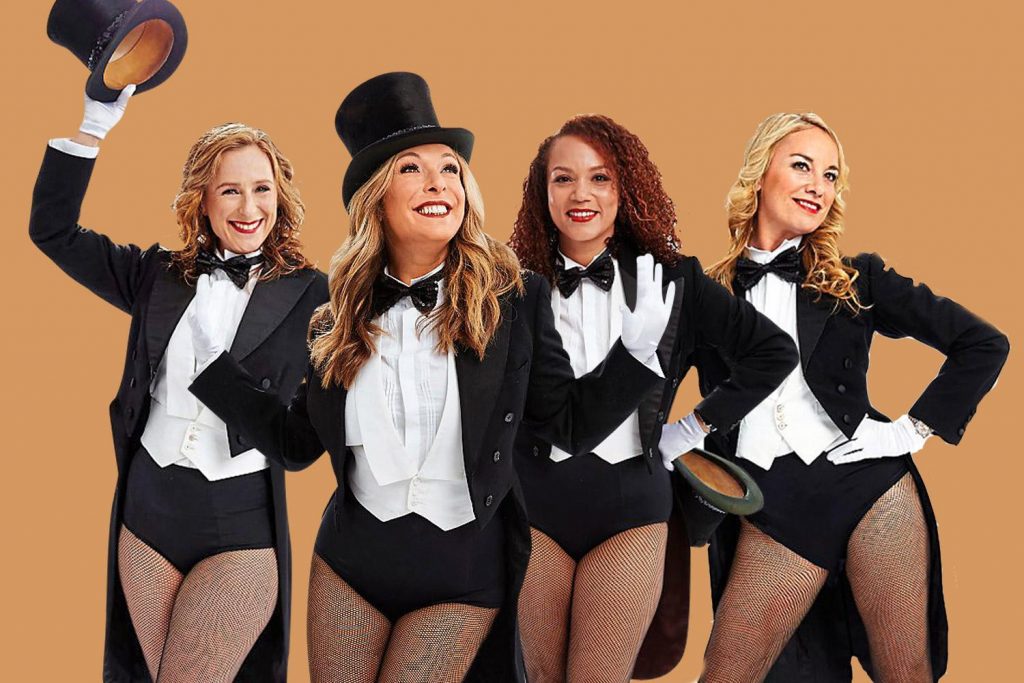 The plot? Stepping Out tells the tale of a diverse bunch of personalities who meet for weekly tapdancing classes. For the members, the dancing lessons serve more as a chance to socialise with their classmates than any sort of artistic endeavour, but after they are selected to give a performance in a charity event, their teacher puts together a professional routine and organises her motley crew of dance students into a rather talented and entertaining ensemble.

Stepping Out is a play that is littered with memorable characters, brilliantly performed by all actors. The entire cast impressed, though if I were to single out my favourites, I’d choose Tamzin Outhwaite as the committed teacher Mavis and Amanda Holden as the somewhat annoying and affected but nevertheless likeable Vera. Holden brought an endearing innocence to Vera, revealing that what at first glance appears to be quite a supercilious nature, is more of a rather naïve upper-crust woman genuinely trying to be friendly and fit in, but not quite understanding how to go about it.

Harris’s musical comedy is very much a feel-good piece; that’s not to say that there aren’t touches of solemnity, but these are never lingered upon and are very much superseded by the pace of the dialogue and the amusing interaction between such disparate figures. It was made clear that for many of the characters, their dance classes were a welcome respite from the pressures and difficulties of regular life – a place that cheered them up and simultaneously relaxed and energised them – which gave the performance a very comforting aura. The exuberance that the cast brought to the play was supplemented by the attention to detail of the costume department, who outfitted the actors in some of the most colourful of 1980s fashions.

Club members’ opinions were unanimous; everyone had enjoyed the show immensely, and as one friend said to me, “It was everything that theatre should be” – sound praise indeed. We’re now more excited than ever for the impending production of Outside Edge.