During a recent discussion in which I expounded on the virtues of a favoured TV show, my companion retorted that it was “mindless fodder” that neither “challenged nor educated.” I accepted that his tastes were different and that particular subject ended there.

But my thoughts kept returning to his remarks. I disagreed with his assessment that the programme in question was mindless fodder, but what really struck a nerve was the implication of his attitude (one that’s not all that uncommon) to acting (and all art) in general: namely, that in order to be of any value, it needs to be educative, intellectually stimulating or carry some kind of political or social message. 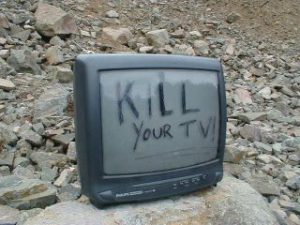 There’s a particular breed of people who hold this opinion – some might call it artistic and cultural snobbery – who voice their disgust at their presumed intellectual redundancy of TV and film, who turn their noses up at the majority of Hollywood offerings because the material doesn’t stretch their minds, who even chastise other people for committing the deadly sin of enjoying what they feel is such mind-rotting guff.

To these people, I’d pitch several questions: Since when did it become a cardinal rule that ALL artistic endeavours MUST be built around some educational or social narrative? What’s wrong with pure entertainment? What about creativity for creativity’s sake? 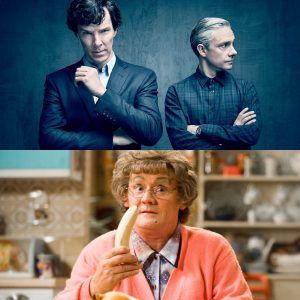 It’s hard for me not to see these consternated critics as a monolithic movement that’s trying to suck all the joy out of the arts. The great thing about film, TV, stage plays and other art forms is the variety; there’s something for everyone. There’s intellectualism, there’s high culture, there’s politics – and there’s also good entertainment: action films for the adrenaline junkies and rip-roaring comedy for those who like to laugh. 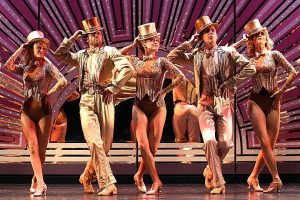 I’ve always loved the childlike playfulness that blossoms when working on a play that’s plain good fun. Artistic expression should be diverse and pleasurable, not shoehorned into someone’s rigid sense of what has value. So the next time these stuffy killjoys splutter with indignation at your fondness for comedies or romantic flicks, remember that you’re doing your bit to uphold the ethos of creativity.

The entertainment business – long perceived as alternately glamorous, superficial, predatory or heavenly, depending upon whom you ask – is perhaps not quite so different from non-artistic organisations as many might think. One distinction, however, is that in most countries, it’s about the only profession in which minors are permitted to be employed. For obvious reasons – ‘Home Alone’ might not have had quite the same appeal with a heavily-built thirty-year-old defending the property.

In this day and age, laws protecting the rights of child performers are taken for granted. But in the early days of the entertainment industry, this wasn’t always the case. In the 1930s, two of MGM’s bright young stars included Mickey Rooney and a pre-Dorothy Judy Garland, regularly cast side-by-side in a profusion of musicals. If stories from that era of filmmaking can be trusted, the children could perhaps be forgiven for speculating that MGM’s regimen seemed more styled along the lines of a Victorian workhouse than a professional artistic outfit. It was said that there was little in the way of gaps between films; work on the next one might begin just days after the previous one had wrapped. Garland also maintained that, in order to cope with the demanding schedule, the children were prescribed a steady diet of amphetamines. Then, once these started to interfere with their ability to sleep, they were stuffed full of barbiturates. She was once quoted:

“They had us working days and nights on end. They’d give us pills to keep us on our feet long after we were exhausted. Then they’d take us to the studio hospital and knock us out with sleeping pills – Mickey sprawled out on one bed and me on another. Then after four hours they’d wake us up and give us the pep pills again so we could work 72 hours in a row. Half of the time we were hanging from the ceiling but it was a way of life for us.”

So when did children’s rights start to catch on? One of the first laws designed to protect child performers was the 1939 California Child Actor’s Bill, colloquially known as ‘The Coogan Act’ – dubbed as such because the law came into place as a direct result of the problems facing former child star Jackie Coogan. Coogan made between $3 and $4 million from appearing in a string of films during the 1920s, only to discover (upon reaching adulthood) that his mother and stepfather had spent almost all of his money. Roughly $250,000 remained, the rest having been used to purchase expensive cars for stepdad Arthur Bernstein and fur coats and jewellery for Mrs Bernstein. An angry Coogan sued them both, but with the subtraction of legal expenses, he ended up receiving just $126,000 of the money that was rightfully his.

Not that mother and stepfather were at all ashamed. When confronted over their lavish spending of her child’s money, Mrs Bernstein adopted an almost indignant manner, declaring that little Jackie had merely believed himself to be “playing” and that “no promises were ever made to give Jackie anything.” In an effort to further justify her argument that her son held no entitlement to the money he earned for his acting, she tearfully explained to a Los Angeles court that during his childhood, the rambunctious young Jackie had been “a bad boy.”

Mrs Coogan seemingly didn’t share her son’s talent for acting, as neither the court nor the media was convinced – at least, not the New York Herald Tribune, which wryly predicted that “Mr and Mrs Bernstein will never be serious contenders for the title of Mr. and Mrs. America.” As a result, the California Child Actor’s Bill ordered that 15% of a child’s earnings be placed into a blocked trust account (sometimes referred to as a Coogan Account.) Updated and revised several times since then, the law also tackles such issues as working hours and education, with California law dictating that minors can only work up to 10 p.m. on a school night, and up to 12.30 a.m. on a non-school night.

Even in recent years, some people have complained that – in the US, at least – protection for child performers doesn’t go far enough, with reportedly eighteen states having no protection laws at all, and only fifty percent of states requiring work permits. It’s safe to say that things have improved since the bad old days of 1930s Metro-Goldwyn-Mayer, but should more be done? Maybe something to think about the next time there’s a story of a former child star’s life becoming an utter train wreck.